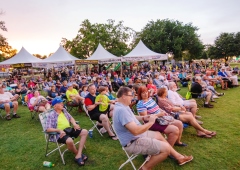 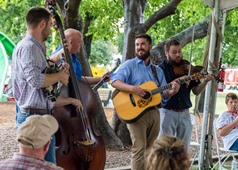 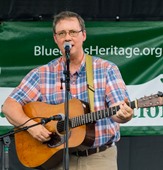 This year was our SEVENTH big year for the Wylie Jubilee – Bluegrass on Ballard and it was a great day of music happening on the big stage in Olde City Park in historic downtown Wylie, Texas.  A great crowd was building early in the day until we were interrupted by a large thunderstorm that shut things down on the main stage from about 4:30p-7:30p.  Fortunately, many folks stuck around under the tents in the park and got to enjoy a short acoustic set by Breaking Grass under the tents, with more Breaking Grass on the main stage, and a big finale by Sgt Pepper’s Lonely Bluegrass Band on the big stage!  It was a great day of food, fun, live bluegrass music, a spectacular car show, and more – all free of charge.  Check our photo gallery for great event photos.

This event was made possible by Wylie Downtown Merchants Association, City of Wylie, North Texas Equestrian Center, the Bluegrass Heritage Foundation, and many other fine sponsors.  Photos by Craig Kelly and Nathaniel Dalzell.