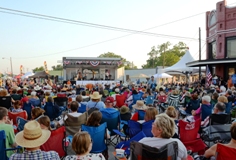 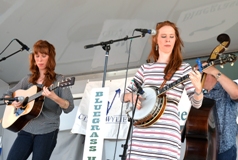 The Wylie Jubilee – Bluegrass on Ballard was a huge hit, with all the fun centered around the big stage in the center of historic downtown Wylie, Texas!  Thousands enjoyed live bluegrass music as well as a car show, pony rides, arts and crafts, and more, all completely free!