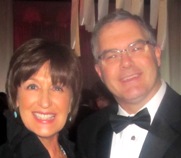 e support of the Play It Forward!™ Instrument Lending Program from Mr. and Mrs. Lamar Hunt, Jr. of Kansas City, Missouri. Mr. Hunt is the eldest son of the late sports magnate Mr. Lamar Hunt, founder of the American Football League and the Kansas City Chiefs (a National Football League member team). Mr. Hunt’s family presently operates the Kansas City Chiefs as well as FC Dallas and the Columbus Crew, member franchises of Major League Soccer.  Mr. Hunt is the founder of Loretto Properties, LLC, a residential real estate firm based in Kansas City, Kansas, and Loretto Foundation, a philanthropic organization.  Mr. Hunt is a dedicated father of seven children, is the grandfather of six grandchildren, and has had a lifetime affection for music. He played the flute for nine seasons as a member of the Kansas City Symphony.

The Bluegrass Heritage Foundation’s Play It Forward!™ Instrument Lending Program helps foster music literacy and performance skills in deserving young people (ages 8-18) by providing free access to the primary bluegrass musical instruments, including mandolins, guitars, banjos, and fiddles.  Alan Tompkins, President of the Bluegrass Heritage Foundation, commented that “we are thankful and delighted that Mr. and Mrs. Hunt decided to continue supporting the Foundation’s free instrument lending progam.  Their support and confidence is a very real encouragement to all the volunteers who help make this program a success.”