A Brief History of Bluegrass Music

The people who migrated to America in the 1600s from Ireland, Scotland, and England brought with them the basic styles of music that are generally considered to be the roots of bluegrass music as it is known today.  As the Jamestown settlers began to move out into North and South Carolina, Tennessee, Kentucky, Virginia, and West Virginia, they wrote songs about day-to-day life in the new land.  Since most of these people lived in remote areas, the songs reflected life on the farm or in the hills.  This type of music was called “mountain music” or “country music.”  The invention of the phonograph and the onset of the radio in the early 1900s brought this music out of the mountains and into the homes of people all over the United States. 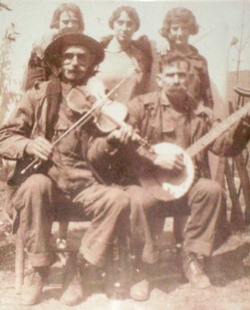 The Monroe Brothers were one of the most popular acts of the 1920s and 1930s. Charlie Monroe played the guitar, Bill played the mandolin, and they sang in harmony.  When the brothers split in 1938, both went on to form their own bands.  Bill was a native of Kentucky, the Bluegrass State, so he decided to call his band “Bill Monroe and the Blue Grass Boys,” and this band started a new form of “traditional” country music.

Bill Monroe and his “Blue Grass Boys” first appeared on the Grand Ole Opry stage in 1939 and soon became one of the most popular touring bands to emerge from Nashville’s WSM studios.  Bill’s band was different from other traditional country bands because of its hard-driving and powerful sound that used traditional acoustic instruments and featured distinctive vocal harmonies.  The music incorporated songs and rhythms from string band, gospel (black and white), black laborer work song, country, and blues music repertoires.  Vocal selections included duet, trio, and quartet harmony singing in addition to Bill’s powerful “high lonesome” solo lead singing.  After experimenting with various instrumental combinations, Bill settled on mandolin, banjo, fiddle, guitar, and bass as the format for his band.

While many fans of bluegrass music date the genre to 1939, when Monroe formed his first Blue Grass Boys band, most believe that the classic bluegrass sound came together late in 1945, shortly after Earl Scruggs, a 21-year-old banjo player from North Carolina, joined the band.  Scruggs played an innovative three-finger picking style on the banjo that energized enthusiastic audiences and has since come to be known as “Scruggs style” banjo.  Equally influential in the classic 1945 line-up of the Blue Grass Boys were Lester Flatt, from Sparta, Tennessee, on guitar and lead vocals, Chubby Wise, from Florida, on fiddle; and Howard Watts, also known by his comedian name “Cedric Rainwater,” on acoustic bass. 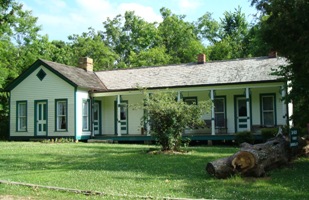 When Earl Scruggs and Lester Flatt formed their own group, The Foggy Mountain Boys, they decided to include the resophonic guitar, or “Dobro,” into their band format.  The Dobro is often included in bluegrass band formats today as a result.  Burkett H. “Uncle Josh” Graves, from Tellico Plains, Tennessee, heard Scruggs’ three-finger style of banjo picking in 1949 and adapted it to the then almost obscure slide bar instrument. With Flatt & Scruggs from 1955-1969, Graves introduced his widely emulated, driving, bluesy style on the Dobro. The Dobro was invented in the United States by the Dopyera Brothers, immigrant musicians/inventors originally from the Slovak Republic.  The brand name, “Dobro,” comes from a combination of the first few letters of the words “Dopyera Brothers.”

From 1948-1969, the Flatt & Scruggs band was a major force in introducing bluegrass music to America through national television, radio, and appearances at schoolhouses, coliseums, and major universities around the country.  Scruggs wrote and recorded one of bluegrass music’s most famous instrumentals, “Foggy Mountain Breakdown,” which was used in the soundtrack for the filmBonnie & Clyde. In 1969 he established an innovative solo career with his three sons as “The Earl Scruggs Revue.” Scruggs still records and performs selected dates in groups that usually include his sons Randy (on guitar) and Gary (on bass).  After parting with Scruggs in 1969, Lester Flatt continued successfully with his own group, “The Nashville Grass,” performing steadily until shortly before his death in 1979.  By the 1950s, people began referring to this style of music as “bluegrass music.” Bluegrass bands began forming all over the country and Bill Monroe became the acknowledged “Father of Bluegrass Music.”

In the 1960s, the concept of the “bluegrass festival” was first introduced, featuring bands on the same bill that had previously seemed to be in competition with each other for a relatively limited audience. Carlton Haney, from Reidsville, North Carolina is credited with envisioning and producing the first weekend-long bluegrass music festival, which was held in Fincastle, Virginia in 1965.

The availability of traditional music broadcasting and recording, nationwide bluegrass festivals, and movie, television, and commercial soundtracks featuring bluegrass music have helped to bring the music out of obscurity.  Lester Flatt, Earl Scruggs, and the Foggy Mountain Boys achieved national prominence with tour sponsorship by Martha White Flour and for playing the soundtrack for the previously mentioned film Bonnie and Clyde as well as through the Beverly Hillbillies television show.   The Deliverance movie soundtrack also featured bluegrass music, specifically “Dueling Banjos,” performed by Eric Weissberg on banjo and Steve Mandel on guitar. The Nitty Gritty Dirt Band’s Will the Circle Be Unbroken triple LP set, released in 1972, introduced artists like Earl Scruggs, Doc Watson, Jimmy Martin, Maybelle Carter, Roy Acuff, and others to pop music fans and brought the authentic sounds of bluegrass and traditional country music to new audiences.  In 2001, the triple-platinum soundtrack for the Coen Brothers movie, O Brother, Where Art Thou?, helped to attract even wider audiences to bluegrass music.

Bill Monroe passed away on September 9, 1996, four days before his 85th birthday. In May 1997, he was inducted into the Rock and Roll Hall of Fame because of the profound influence of his style on popular music.  He is also a member of the Country Music Hall of Fame and the Bluegrass Music Hall of Honor.  A picture of Bill’s childhood home in Rosine, Kentucky, which has been restored and is open for touring, appears at left.  Bill’s uncle Pen, for whom he named a well-known bluegrass song, appears with a fiddle in the picture at above right.

Bluegrass music is now performed and enjoyed around the world.  The International Bluegrass Music Association claims members in all 50 states and 30 countries.  In addition to the classic style born in 1945 that is still performed widely, bluegrass bands today reflect influences from a variety of sources including traditional and fusion jazz, contemporary country music, Celtic music, rock & roll (“newgrass” or progressive bluegrass), old-time music, and Southern gospel music.