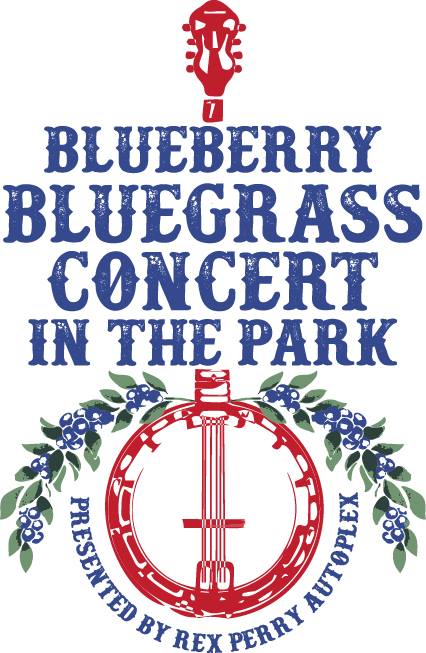 NACOGDOCHES, Texas — The Texas Blueberry Festival kicks off with the Nacogdoches Blueberry Bluegrass Concert in the Park, from 6 to 10 p.m. June 9 at Festival Plaza in downtown Nacogdoches. Rex Perry Autoplex is sponsoring the family-friendly event that will feature four musical acts: The Purple Hulls, The Baker Family, The Blake Brothers and The Sabine River Bend Band.

“The Friday night bluegrass concert is a great complement to the Blueberry Festival,” said Roger Van Horn, mayor. “It’s a great way to encourage people to spend the night and make a whole weekend of it. The Blueberry Festival is a big day for Nacogdoches, and a lot of people put a lot of work into making it happen. With the Friday night concert, visitors get another chance to see what makes this community so special.”

The concert starts at 6 p.m. and features The Purple Hulls, identical twin sisters from Kilgore; The Baker Family, an award-winning band from Birch Tree, Missouri; The Blake Brothers, a high-energy bluegrass group from Shreveport; and The Sabine River Bend Band, a group of long-time Southeast Texas musicians who have been playing together since 2008.

The Purple Hulls are identical twins Katy Lou and Penny Lea Clark. The Clark sisters were raised on a working family farm in Kilgore and they paid for college with money from the family’s purple hull harvest. After graduation, they moved to Nashville, where they began touring with various country artists and writing songs for Nashville’s largest publishing company, Sony Tree. The sisters returned home in 2012 to care for their terminally ill father and they stayed in East Texas after he passed away, helping their mother with the farm while continuing their music career. The Purple Hulls are spending the first few months of 2017 touring Europe, and will return to the United States just in time for the Blueberry Bluegrass Concert.

From south central Missouri, The Baker Family performs Bluegrass, Gospel and Classic Country at events and competitions throughout the country. They were named the 2016 Bluegrass Artist of the Year by the International Country Gospel Music Association. They won the 2015 and 2014 Oklahoma State Band championships and in 2013 placed first in the Pickin’ in the Pines Bluegrass contest in Flagstaff, Ariz. The acclaimed family band includes 17-year-old Trustin on fiddle, banjo, and vocals. He has earned several accolades, including the 2016 Arkansas State Champion title, the 2015 Tennessee State Grand Champion Fiddler, the 2015 Grand Lakes Grand Champion, the 2014 Oklahoma Junior State Fiddle Champion, the 2013 Junior National Grand Master Fiddler, the 2013 Texas Freshman State Champion, the 2011-14 Missouri Junior Champion and the 2011-12 Arkansas Junior State Fiddle Champion. Carina, 15, who plays mandolin, sings and jig dances, was a 2014 nominee for the Society for the Preservation of Bluegrass Music for America’s female vocalist of the year. Elijah, 13, plays upright bass and sings, and their mother, Carrie, plays guitar and sings.

The Blake Brothers, formed in 2000 by Tim and Bruce Blake, feature Kent Gill on fiddle, Britt Green on mandolin and John Neilson on bass. The North Louisiana band performed at the inaugural Blueberry Bluegrass Concert and has performed extensively across East Texas over the years.

The Sabine River Bend Band was formed by in 2008 by Earl Cochran Jr., who plays guitar and sings lead and harmony vocals. Reuben Maddox plays the mandolin, Trey Cochran plays the banjo and Brad Hight plays the upright and electric bass.

The concert will also feature food vendors, including some local farmer’s market favorites selling homemade items, as well as catfish, barbecue, snowcones, Blueberry lemonade and lots of water. Organizers encourage attendees to bring blankets and lawn chairs. The event is family-friendly, so no coolers or alcohol will be allowed.

Organizers are grateful for the enthusiastic partners that make the concert possible, especially Rex Perry Autoplex and the City of Nacogdoches.

The Texas Blueberry Festival presented by Tipton Ford continues Saturday with a full day of activities in downtown Nacogdoches, including a Blueberry pancake breakfast, competitions and more live entertainment. For more information, visit tbf.nacogdoches.org/ or call 936-560-5533.