An Evening With The Surly Gentlemen
A brand new band with Clay Hess, Tim Shelton, & Brennan Hess
Saturday May 6, 2017 at 7:15p 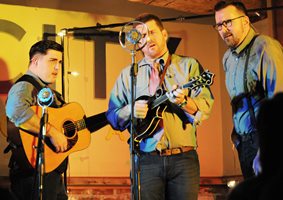 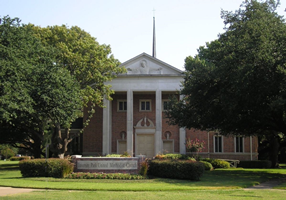 A good crowd of bluegrass fans joined us for an incredible night of bluegrass and bluegrass gospel music by The Surly Gentlemen at the University Park United Methodist Church on Saturday night, May 6.

The Surly Gentlemen are Clay Hess, Tim Shelton, and Brennan Hess.  Many fans first became familiar with Clay during his tenure as lead guitarist for Ricky Skaggs & Kentucky Thunder.  The group won a GRAMMY Award with Clay as guitarist.  After departing Skaggs, Clay toured and recorded with several of the top bands in bluegrass, and eventually released his critically acclaimed solo CD Rain.  The title track went to #1 on the BluegrassToday.com charts, and his song I Know Why has become a bluegrass gospel favorite.

Acclaimed singer Tim Shelton was a founder and member of NewFound Road for more than a dozen years, during which the group achieved great success.  Today Tim is creating his own new music and breaking out into new musical territory.  Multi-instrumentalist Brennan Hess is Clay’s son and is pursuing his own musical ventures.